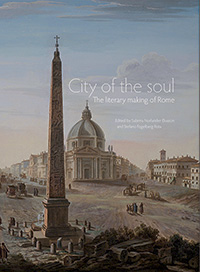 City of the Soul – The literary making of Rome

How Rome was experienced and conveyed in travel literature from the centuries preceding and following the period of the Grand Tour is the subject of this book. Its point of departure was the international and interdisciplinary conference The City of the Soul. The literary making of Rome, held at the Swedish Institute in Rome (9-10 September, 2010). The authors of the 13 essays contained in the book examine the writings of both renowned and less known travellers from different countries (Sweden, France, England, United States, etc.). The great variety of angles and perspectives presented in the book depends on the different motives and expectations of the examined authors. Their writings (travelogues, poetry, novels, letters, intimate diaries, etc.) show the Eternal City not only as a topographic reality but also as a complex myth embracing the idea of Western civilisation.