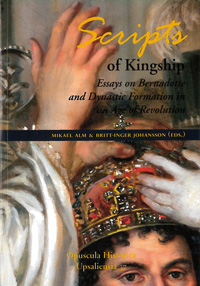 When French Marshal Jean Baptiste Bernadotte was elected heir to the Swedish throne in 1810, a dramatic dynastic venture commenced. In an age of revolutions, marked by political as well as cultural upheavals, the commoner from Pau was transformed into King Charles XIV John and the head of a new royal dynasty in Sweden and Norway. Although fraught with challanges, the venture proved successful.As restoration set in, and the Napoleonides of Europe fell one after the other, Bernadotte held fast, and today the dynasty is approaching its bicentennial on the throne.

In nine illustrated essays, the formation of a dynasty is explored as it unfolded in media such as state ceremonies, spatial arrangements, opera performances, publicity and panegyrics.