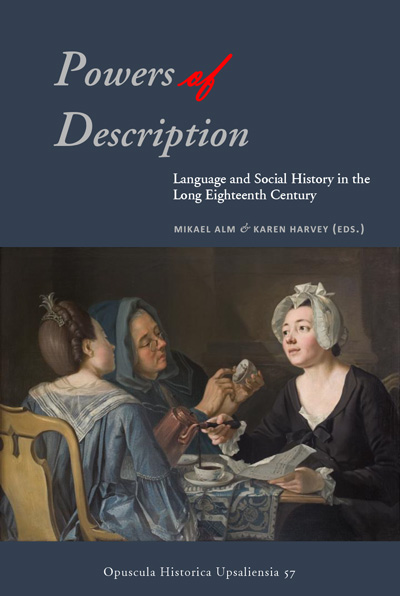 The essays in this volume examine the use of language in long-eighteenth century Europe, specifically the powers of description in the context of unequal structures of power. The power to describe others could shore up categories that reaffirmed social inequality. Yet the power to describe oneself could also be a strategy used by non-elite groups to access public agency and influence. Whether from above or below, those using description did so as part of a set of social practices. This could be building a reputation in the context of work and occupation, negotiating delicate social positions, or fulfilling procedures in the context of bureaucratic expansion and professionalization. In positioning themselves within a corporate identity, crafting an individual persona or fulfilling a role of a state representative, the people whose practices of description are captured in the five essays of this volume used language as part of a self-conscious, public performance.