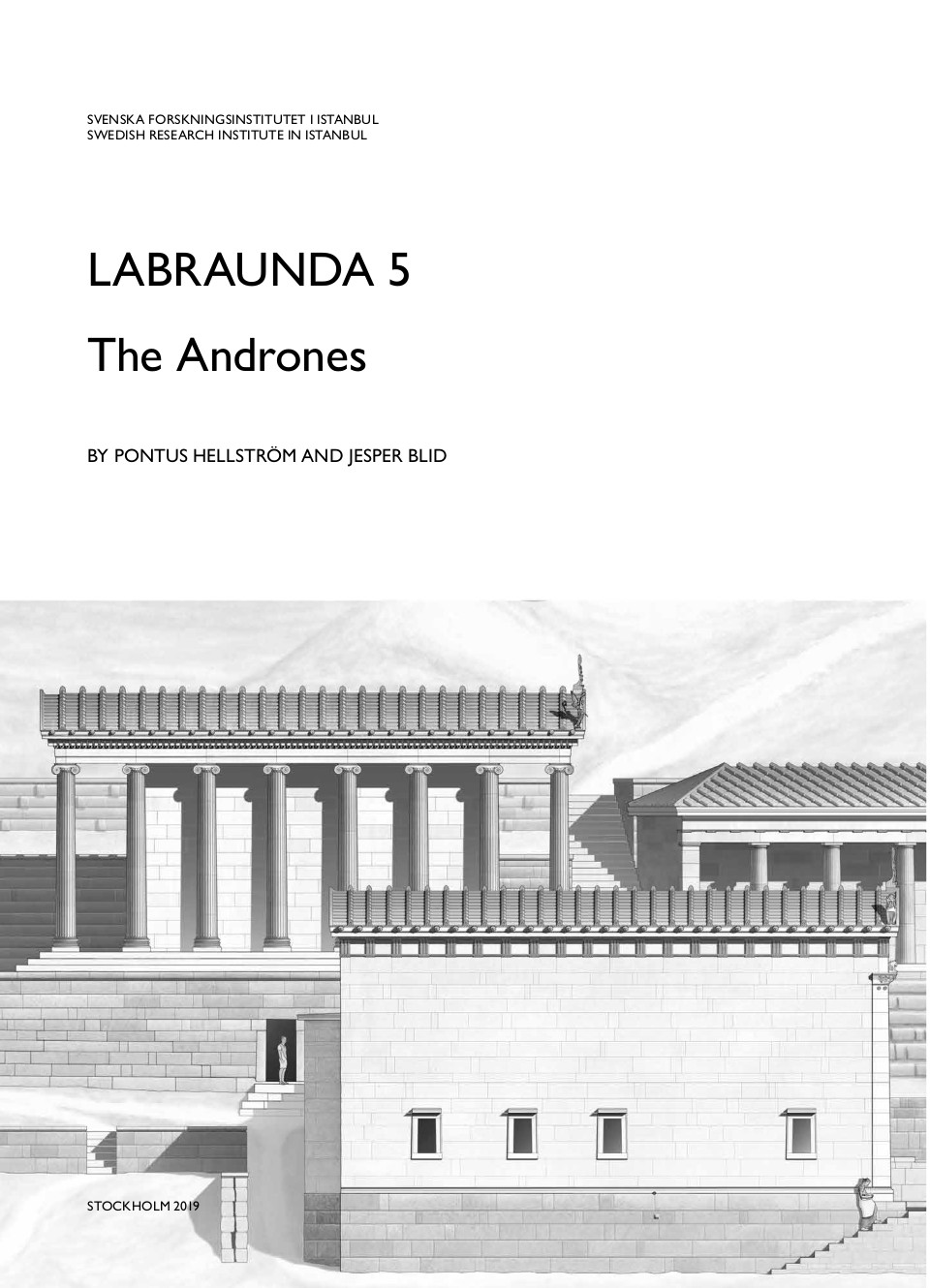 This is the final publication of the two Hekatomnid Andrones at Labraunda. The older of these (the Andron of Maussollos or Andron B) was built by the satrap Maussollos (377/6–353/2 BC). This is shown by the dedicatory inscription on the architrave. The other andron (Andron A) is clearly later and was probably built by Idrieus (351/0 344/3 BC), the brother and successor of Maussollos as satrap of Karia. This building has the same kind of dedication, but the name of the commissioner is not preserved. These two buildings are unique both for their size, temple-like front, and high degree of preservation and for their Ionic-Doric mixed order, the function as banqueting halls, and the large niche at the back of the inner room.

In the publication the architecture of the two buildings is systematically presented together with plans and elevations of the ruins and reconstructions. The walls are of local gneiss, the fronts and the entablature of marble. From the Andron of Maussollos (Andron B) 130 blocks from the antae, the columns, and the entablature are preserved. A catalogue of those blocks, and a large collection of photographs and drawings are included. From Andron A the blocks are less numerous, but on the other hand the gneiss walls of the building stand to a height of up to c. nine metres, which equals the original level of the column capitals on the front.

In the volume are also included some relevant surrounding structures such as the Annexe rooms to the north of the Andron of Maussollos, the Hellenistic so-called Andron C, and the Terrace House just east of Andron A, the roof of which formed part of the terrace in front of the andron.