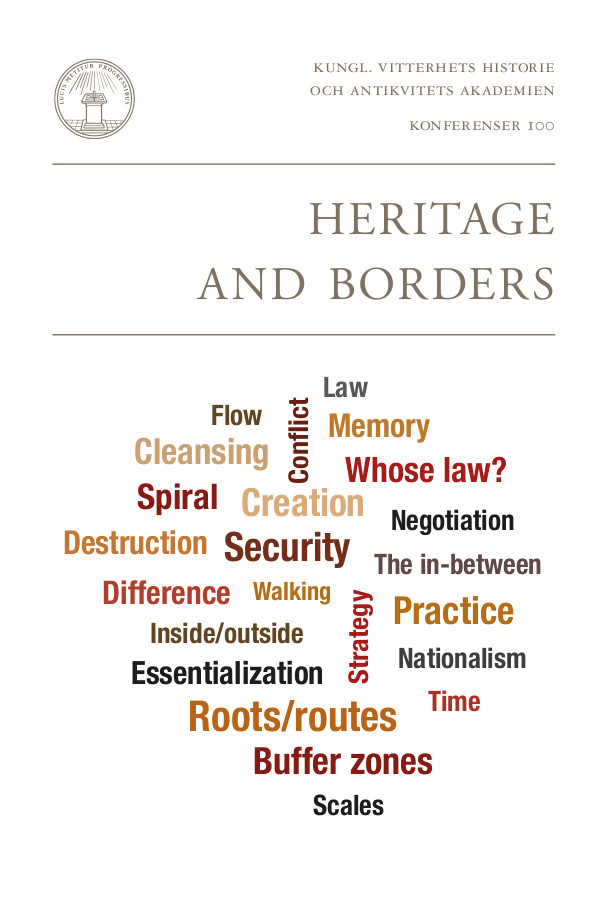 This volume is the result of a two-day symposium held in Stockholm in 2017. In six papers a multidisciplinary group of scholars explore what happens, philosophically and in practice, when the two concepts and phenomena heritage and borders are combined. Borders are considered in the concrete forms of walls and buffer zones, as well as in the abstract sense of boundaries and demarcations. The conceptual relation between borders and heritage is discussed, and the idea that heritage is about construction borders – both material and mental – is highlighted with concrete examples from across the world.

The texts present some of the complex discussions on heritage and borders that take place in various academic disciplines today. In a transcription of a joint conversation, key themes such as conflict, negotiation, the in-between, difference, nationalism, essentialization, memory and time are discussed.