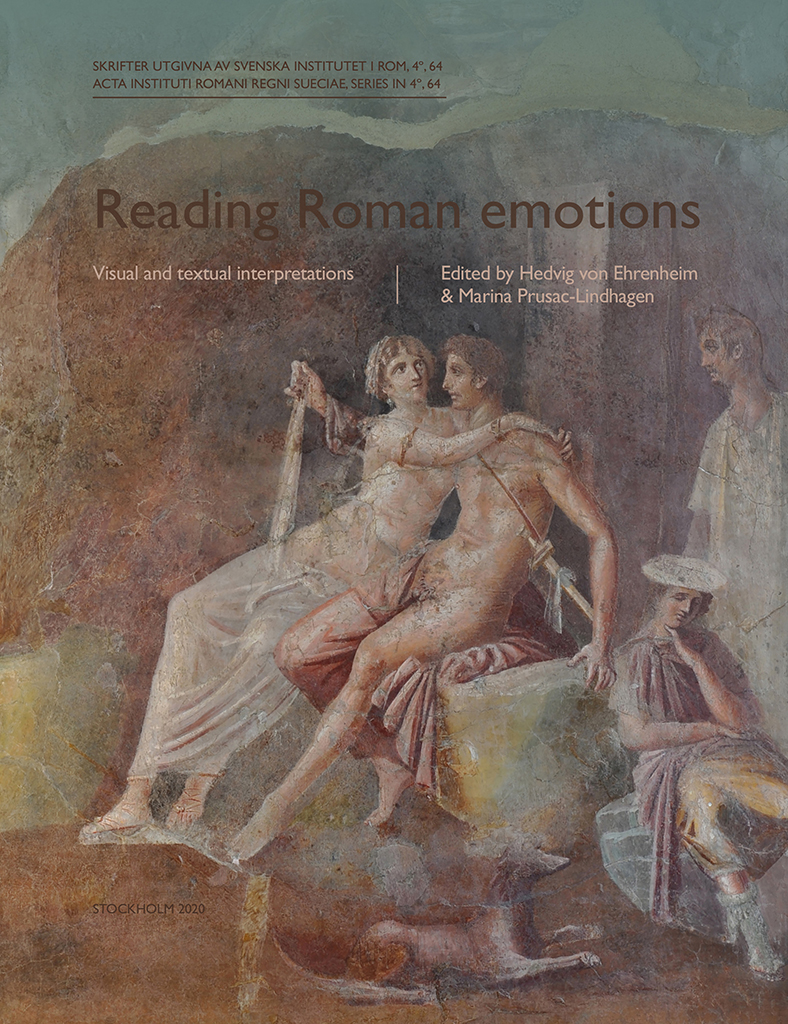 This volume is a contribution to the study of culturally bound emotions and emotional response in ancient Rome. Approaches to the study of ancient emotions and how they were culturally specific, appreciated and understood have recently come to the centre of attention, but not so much in the visual as in the literary culture. When socially and affectively contextualized, the material culture of ancient Rome is a potential goldmine of information with regard to emotions. The chapters in the present volume take the reader on a tour through various cases that demonstrate how emotions were expressed through the arts. The tour starts with a fresh view of how emotion history can be used to recover feelings from the visual culture of the past. Visual culture includes animated performances, and the reader is invited to revel in Roman drama, oratory, and love poetry. Words are often clear, but can images reveal laughter and joy, sadness, grief and mourning, virtue and anger? This volume argues that yes, they can, and through the study of emotions it is also possible to obtain a deeper understanding of the Romans and their social and cultural codes.

Kristine Kolrud | 8. Breaking Fury’s chains. The representation of anger in the Sala di Giovanni dalle Bande Nere in the Palazzo Vecchio in Florence

Lena Larsson Lovén | 9. … and left his parents in mourning … Grief and commemoration of children on Roman memorials