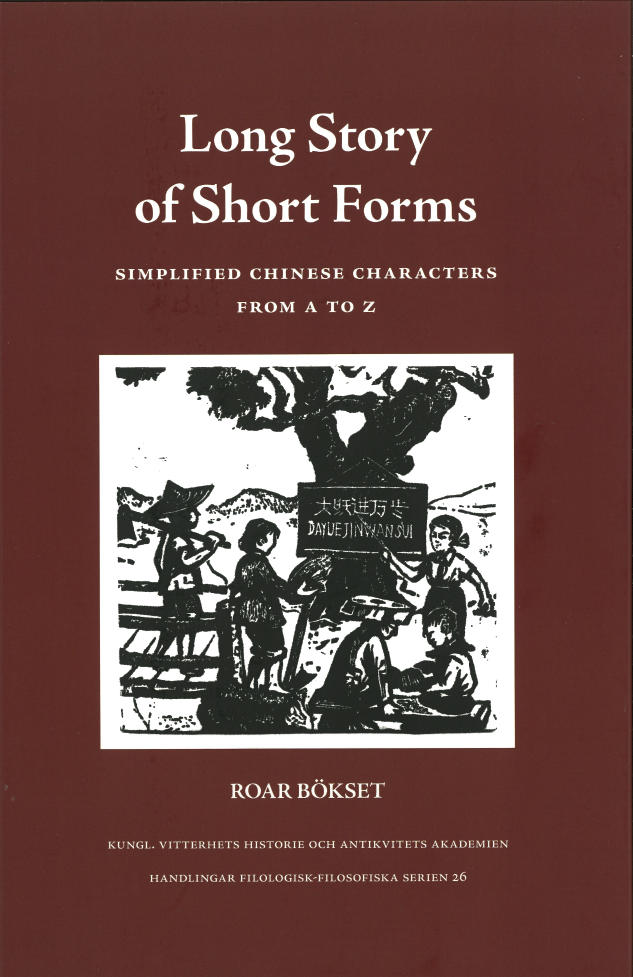 Chinese characters were simplified in 1956, ten years after their Japanese counterparts. This book traces the origins of simplified form and compares it with rejected alternatives. It concludes that 90 to 91 percent of the new official Chinese forms were in use before the reforms, compared with nearly 100 percent of the Japanese ones.

About 80 characters were simplified differently in China and Japan. Our survey shows that these differences existed already before the reforms, and that the differing outcomes were thus predestined.

Roar Bökset has a PhD in Chinese Language from Stockholm University and has previously published A dictionary of nonstandard simplified Chinese characters (1986).

This volume is a revised version of his dissertation Long story of short forms: the evolution of simplified Chinese characters (2006).